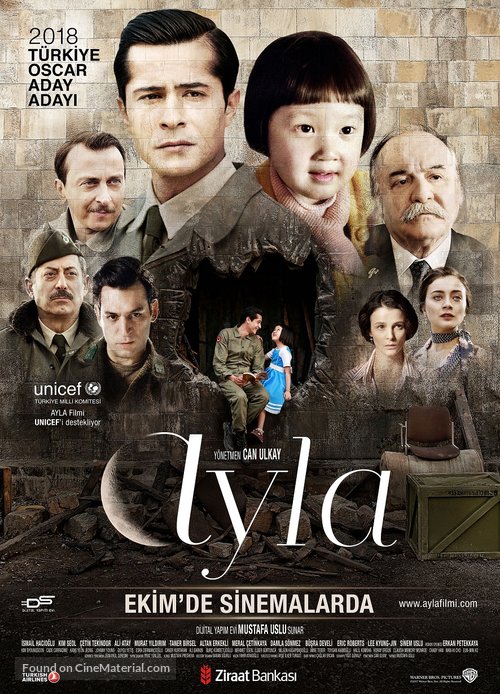 “Ayla,” a Turkish film directed by Can Uklay, tells the true story of a Turkish man during the Korean War and how he saved a little girl named Ayla.

Sergeant Süleyman and his friend Ali were sent to fight in the Korean War. One night, Süleyman and the rest of his men were ambushed, sending them into a dark forest. There, he found an orphaned little girl crying. He made the quick decision to bring her back to camp to find a safer place for her. Süleyman and Ali named the young girl Ayla, Turkish for the moon, due to her face shape and because they found her in the moonlight.

For months, Ayla refuses to leave Süleyman’s side and doesn’t speak — until one day, she repeats back military orders as she marches around.

Süleyman teaches Ayla how to speak Turkish using children’s books to aid in dissolving their language barrier. At this moment, Ayla is reading a book that shows a picture of a mother, father, daughter, and son. She places her hand over the mother and says, “I have no mother.” She then moves to the son and says, “No brother…” At this moment in the film, this scene had the audience in tears as she finally points to the dad and says, “I have a daddy.”

As the film progresses, the war ends and Süleyman is forced to go home without Ayla. This tears him apart, so he promises her that he will come back for her. The two are finally reunited six decades later. The end of the film showed the actual footage of Ayla and Süleyman reuniting for the first time in 60 years.

Thank you for your donation and for supporting student journalism.