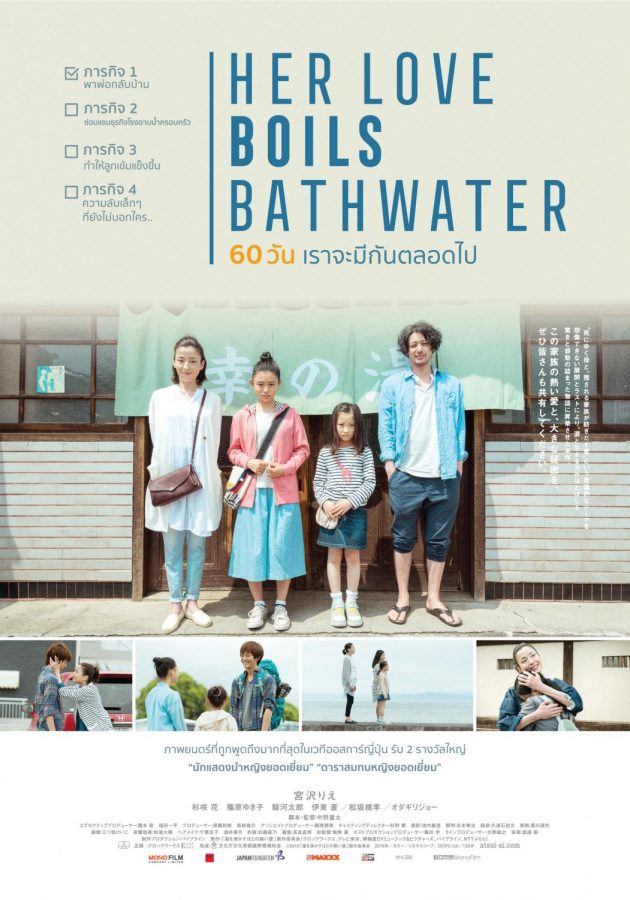 “Her Love Boils Bathwater” (“Yu o Wakasu Hodo no Atsui Ai”) is a Japanese comedy-drama film directed and written by Ryota Nakano. The film was a contender for a Best Foreign Language Oscar, but failed to receive a nomination; however, it won a Japan Academy Prize for best picture, best director, and best actress accolades.

“Her Love Boils Bathwater” follows the journey of a dysfunctional family headed by single mother Futaba Kono. She is diagnosed with terminal cancer and aware of her own impending death. Futaba plans her daughters’ living situation while continuing in her regular duties and reuniting with her estranged husband.

Expressed by the care Futaba has for her daughter Azumi, their unbreakable mother-daughter bond is one of the key highlights of the film. Azumi struggles with school bullies and turns to her ailing mother for comfort.

The news of her mother’s terminal cancer strengthens the bond between Azumi, having been without their father and husband, Kazuhiro Kono, for 15 years. Futaba is a strong woman with a heart filled with love and passion. As the movie goes on, the audience meets new characters to later figure out their deep purpose in the narrative. The characters are interconnected by love from their friends and family members.

Excellent casting choices elevated the films’ gravitas, make it a gold mine for acting accolades. Along with Nakano’s masterful cinematography, the film just fails from being a masterpiece. A few shot errors in the interior scenes seem more akin to a soap opera’s visuals than a feature-length film, detaching the audience from the film. Despite this, there isn’t much else to gripe about the film that won’t constitute nitpicking. The film is worthy of four and a half donuts out of five.