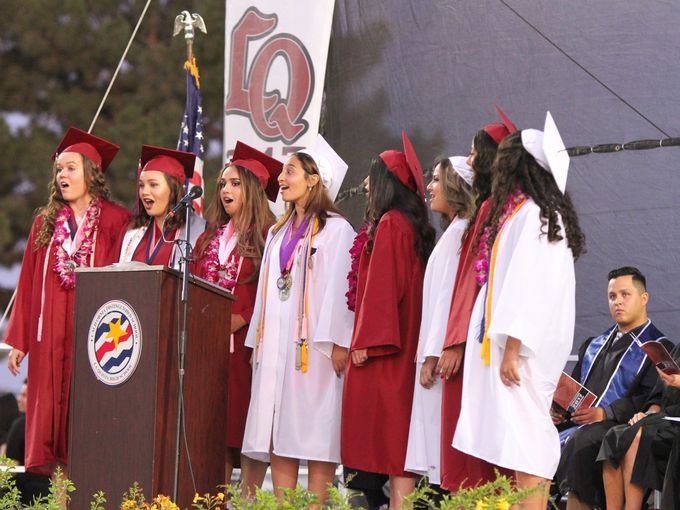 Taya Gray/Special to the Desert Sun

School News: The Class of 2017 flew from the Blackhawk nest, ending the month with pool parties, senior sunset, and Grad Night. The valedictorian was Anna Yan ‘17, while the salutatorian was Kristal Kate ‘17, both earning GPAs of approximately 5.1.

National News: NASA announced that 12 new astronauts, seven men and five women, will be the first to experience their newest spacecraft technology. They say the new commercial spacecraft are providing cargo and they will launch astronauts back in space. The lucky 12 were chosen from about a pool of 18,000 applicants. They were sent to Johnson Space Center for a two-year training.

International News: Yemen had an outbreak of cholera, increasing at a rate more than 4,000 people every day. Cholera is an infection of the small intestines, which makes it difficult to hold food or water in the body. Several humanitarians have responded to the cause. One of the biggest difficulties they are facing is the overpacked health services they try to receive. They have very limited access to healthcare because the lack of qualification which makes the staff smaller and unable to take in many people at once.